Cart
£ 0
You have nothing in your shopping cart yet.

View Cart
You have nothing in your shopping cart yet.
Sub-total: £ 0

One of our local riders recently took his Juicy Classic on a mammoth five days ride across the country. Once back, he perfectly summed up his experience for us all to share.

“On March 17th. 2020 I set off on a 5-day bike ride with my brother, from Settle, in North Yorkshire, to Berwick-upon-Tweed, on the border of England and Scotland. We followed the Sustrans Route 68 cycleway, a journey of 210 miles and involved climbing 13,000 feet in total, all on a relatively new Juicy Classic. 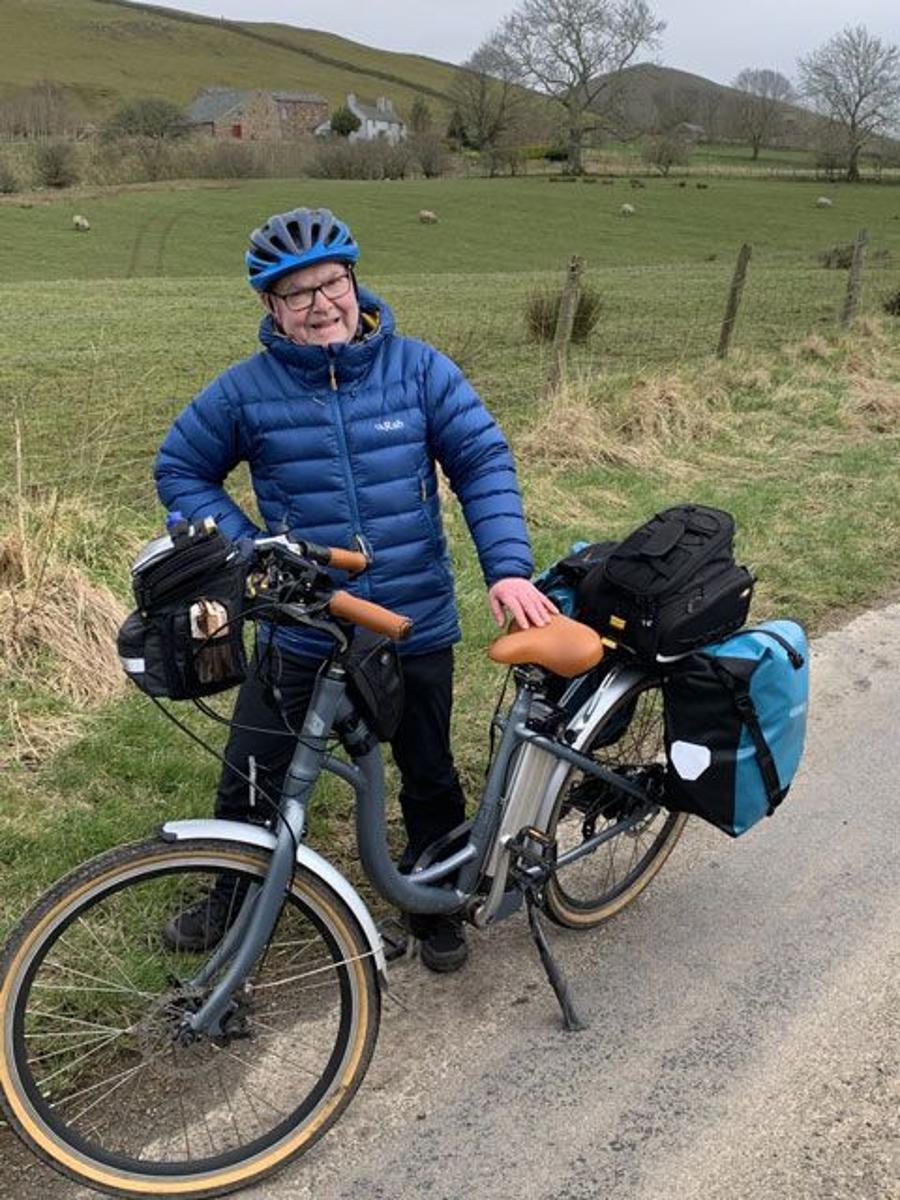 My family lives in Berwick-upon-Tweed; my mother also lives there in a home, so I travel to this part of the country about every two months. Crazily I’d often thought of cycling from my front door in Glossop, Derbyshire. After looking at having to navigate significant cities such as Huddersfield and Leeds, I discovered the Sustrans cycle route 68. This fabulous ride takes you through some of England’s most outstanding and least populated areas. This was a good thing because COVID-19 was rapidly becoming the box where every activity was taking place.

So, on March 17th. 2020, my brother and I left Ye Olde Naked Man Cafe in Settle (reputedly the oldest cafe in the country) and started pedalling for the next five days. Before we left, I’d thought the route looked good, but it surpassed all my expectations. Virtually traffic free and spectacular, the whole thing was a fabulous adventure. 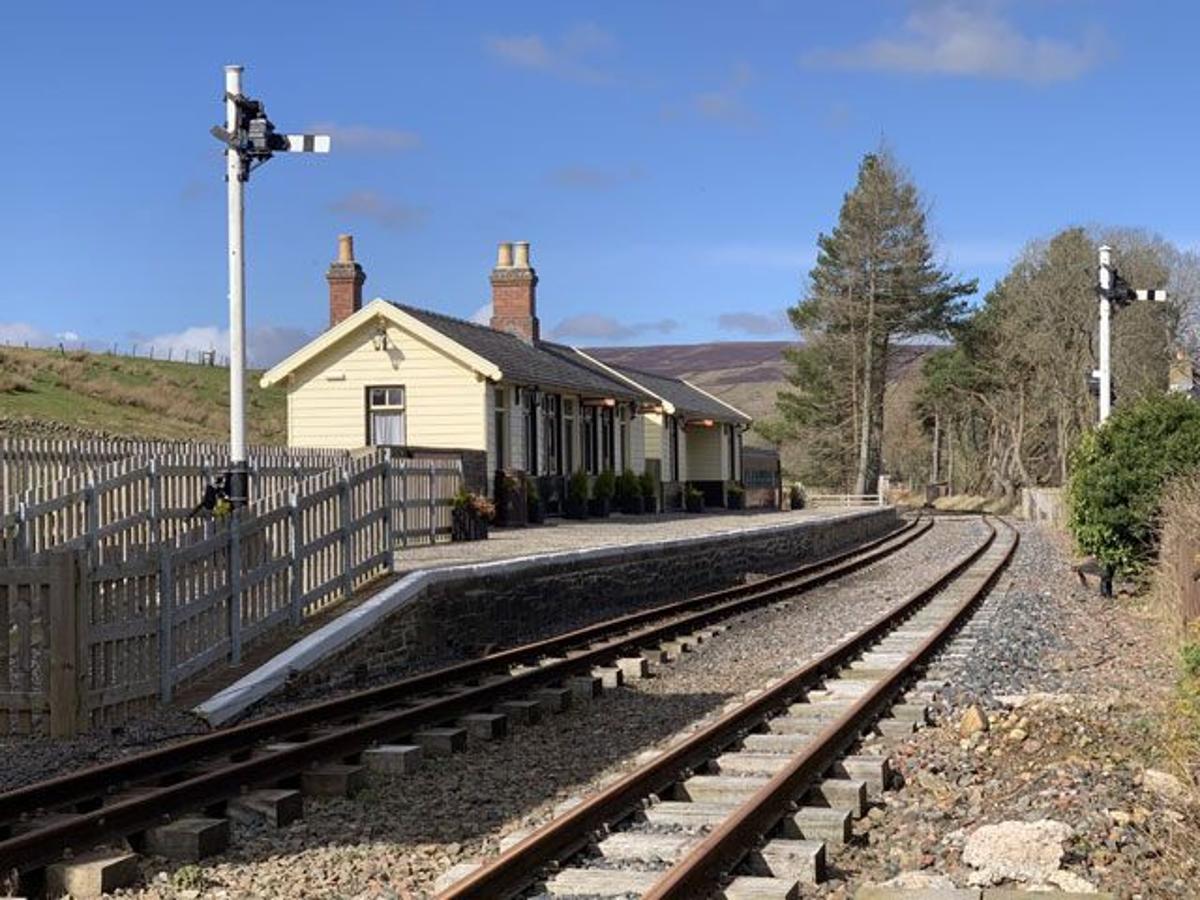 Route 68 took us through the western region of the Yorkshire Dales National Park to Appleby-in-Westmorland and the North Pennines, an Area of Outstanding Beauty (AONB). We then picked up the River South Tyne to Haltwhistle, where we saw some of the more complete sections of Hadrian’s Wall before entering Kielder Forest. From here, we cycled across Northumberland National Park to the Northumberland coast, another AONB. Thank god for padded shorts and the Classics’ comfy saddle! 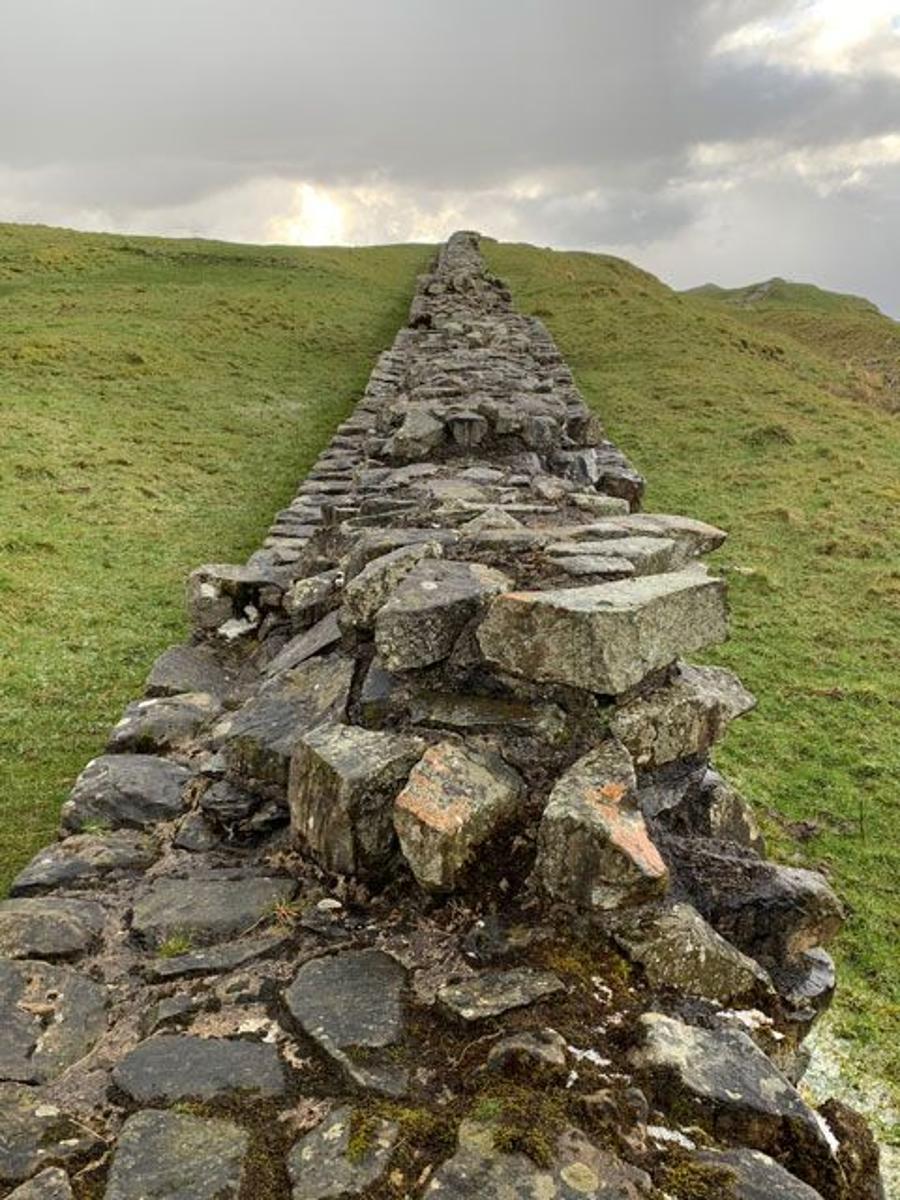 I never realised that the Juicy Classic could also handle some off-road cycling-but it did. When we began to ride through Kielder Forest, we soon realised that about 5 miles of the track had been washed away by the previous flooding, which meant we had to ride through deep trenches of mud, stopping every five minutes to haul the bike through the next large and deep puddle. With the panniers, extra bags, and battery, it was cumbersome!

In terms of battery life, I have a 60-mile battery, so I estimated I’d get about 40 miles a day with the panniers and extra bag. I also charged the battery whenever we stopped for lunch. 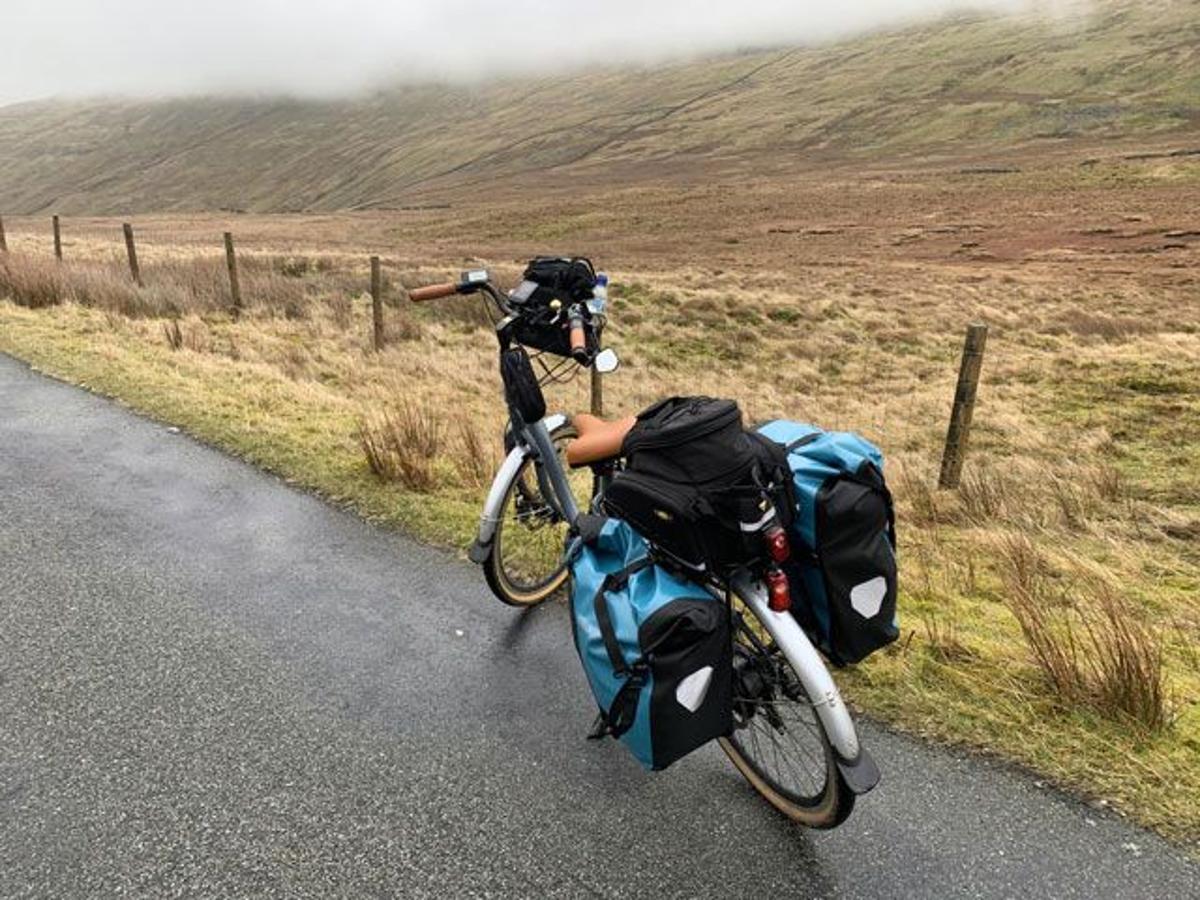 The whole five days were absolutely amazing, but if I had to single out the best day, it would be when we cycled from Gamblesby to Bellingham, a distance of around 45 miles. It was such a variable part of the route; from cycling alongside the beautiful banks of the River South Tyne, following the disused railway track of the South Tyne Way and over the  Lambley Viaduct, unexpectedly coming across part of Hadrian’s Wall and crossing through Kielder Forest.

We reached Berwick-upon-Tweed on Saturday 21st. March and celebrated on a cold day by the sea. 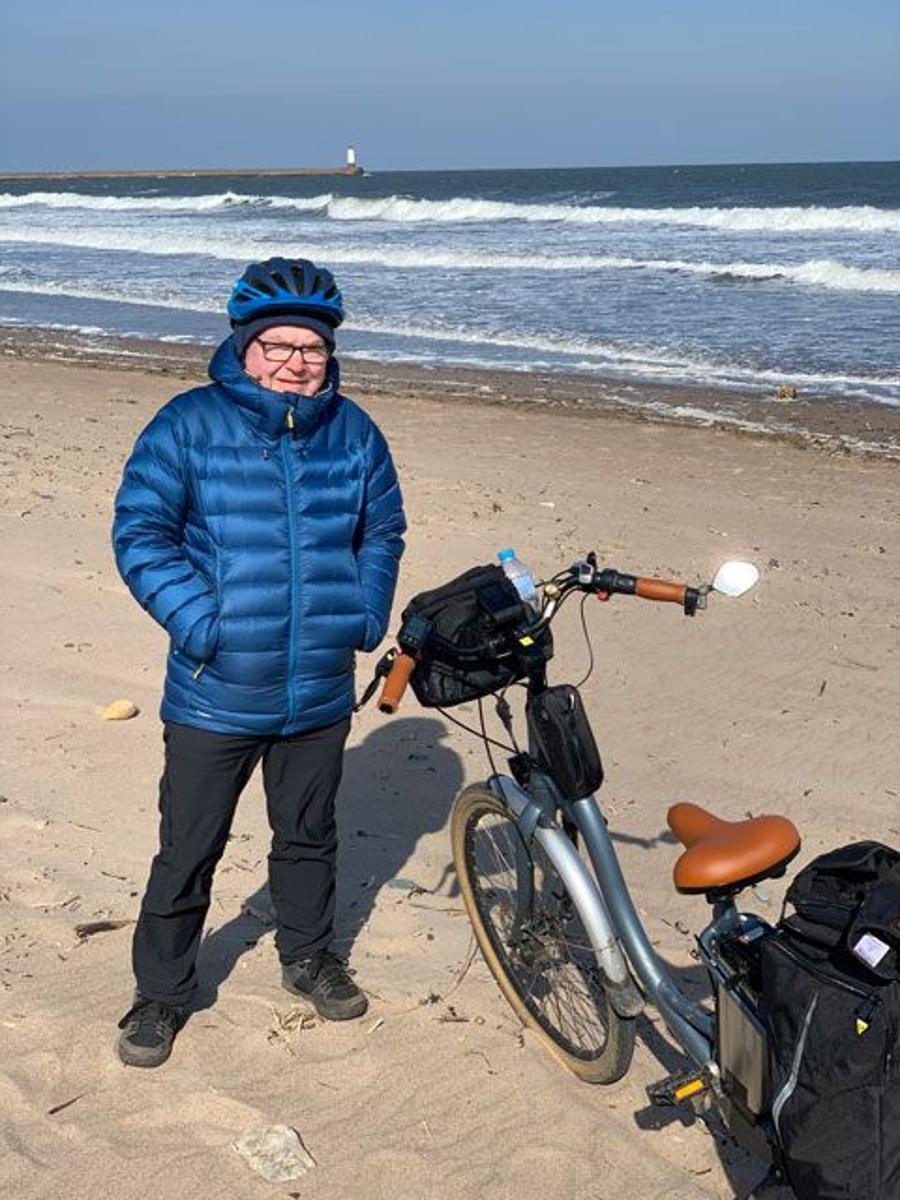 On Monday, March 23rd, I travelled on a near-empty train through the deserted stations of York, Leeds, and Huddersfield, back to Glossop. That same evening Boris Johnson put the country in lockdown.”

Have an adventure worth sharing, or simply a beautiful local ride? Let us know, and we can share it amongst the community.